Memorial Day is for Canine Soldiers as well 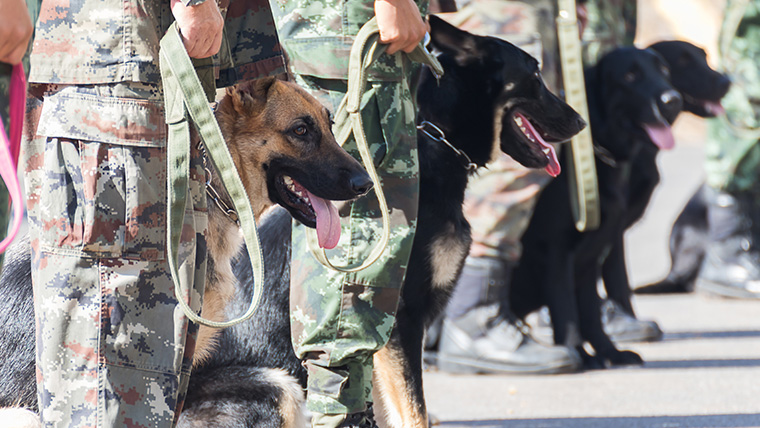 On Memorial Day we remember those soldiers that gave the ultimate sacrifice for their country, and for us, the people of the United States. Only 0.4% of the U.S. population currently serves in the military. Looking back at everyone who has ever served, the number jumps up to 7.3%, but still a very low number given the great sacrifices the men and women of the military make for all of us. Maybe that is why on Memorial Day, a day to remember those who have given the ultimate sacrifice – their lives – the country, for the most part, celebrates sales and shopping. Putting that aside, there is a less obvious soldier, one who also risks and gives their life for our freedom. A soldier that can’t speak for themselves. A brave soldier who too, is remembered this memorial day – the war dog. Dogs have served in the military in every major conflict dating back to “Sergeant Stubby” of the 102nd Infantry who went from mascot to hero during WWI after being smuggled into battle by Private Conway. Stubby detected enemy gas, barked out warnings when enemy troops were near and located wounded soldiers on the battlefield.

Since then the role of the military dog has advanced and become much more sophisticated, planned, and trained for. Among the list of important and lifesaving positions these canines hold are:

According to General David H. Petraeus: “The capability they (Military Working Dogs) bring to the fight cannot be replicated by man or machine. By all measures of performance, their yield outperforms any asset we have in our inventory. Our Army (and military) would be remiss if we failed to invest more in this incredibly valuable resource.”

If a dog of war is lost in combat, like their human counterpart, he or she is honored by the entire unit. Bowls are symbolically placed upside down and a poem called ‘Guardians of the Night’ is read in their honor. 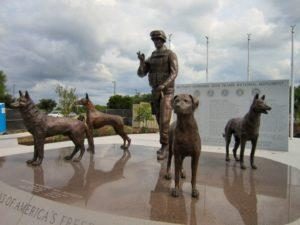 Lackland Air Force Base in San Antonio, Texas is home to a special monument set up to commemorate 4-pawed heroes and their handlers: the U.S. Military Working Dog Teams National Monument.

Credit for the above article goes to: https://www.strutthepup.com/memorial-day-canine-soldiers-well/