As working members of the veterinary field, we recognize the importance, strength, and resilience of the human/animal bond. We bear witness in our clients and patients, and we experience it ourselves during time spent with our own pets. Man’s relationship with animals can be described as complicated, interesting, and ever-changing. The earliest man relied on animals for food and meat. We hunted animals for food and used them for clothing and tools. 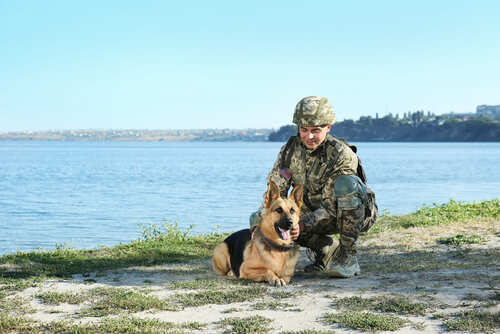 A significant advancement in human culture and society was the domestication of plants and animals.

This allowed people to grow food and clothing sources in controlled situations rather than hunting them. The earliest examples of domestication occurred around 10,000 years ago. Goats, sheep, and chickens were developed to provide meat, milk, and hides. Later, horses and cows were domesticated to help pull plows and provide transportation. Dogs may have been self-domesticated, meaning they chose to hang out with our earliest human ancestors.

However, humans soon began to appreciate the benefits of having dogs available to help hunt wild animals, herd domesticated animals and protect their families, possessions, and livestock. A sad reality of the human experience is that we do not always choose to be peaceful. We have engaged in disputes to establish territory, gain resources, and control other groups of people for the majority of our existence. Domesticated animals have served just as important a role to humanity in times of war as they did in times of peace. This still holds true.

Horses, mules, and dogs were probably the first animals accompanying us into battle.

Evidence at a prehistoric cemetery in the Nile River Valley suggests organized warfare was occurring at least as far back as 13,000 years ago. The use of animals in war during recorded history dates back to at least 5,000 years ago. Horses served as a means of attacking enemies, while mules were primarily used for transporting heavy military munitions and supplies.

The Egyptians used dogs as sentries, trackers, and guard dogs; this practice continued for centuries and even exists today. The Romans bred massive Mastiff-type dogs that were extremely strong and aggressive. Dogs have remained essential for various reasons in modern warfare, from bomb-sniffing to sentry dogs to searching for wounded soldiers. 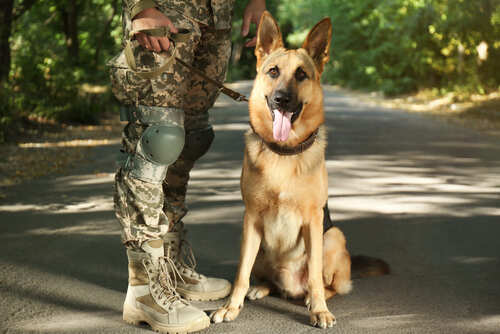 Numerous other species have been drawn into human conflict.

Hannibal, regarded as one of the greatest commanders in all military history, commanded Carthaginian troops during the Second Punic War (218-201 BC) and used horses, dogs, and even Elephants in many of his battles. Catapulting urns filled with snakes into an advancing army was one example of his military resourcefulness. Many people are familiar with stories of the use of homing pigeons to transfer messages between armies and rats trained to sniff out minefields or carry small bombs behind enemy lines. Amazingly enough, dolphins were used to obtain military intelligence on both sides during the Cold War between Russia and the United States.

Animals have been used as a means of both biological and psychological warfare. The Romans and Greeks used swarms of bees to injure and panic enemies. During World War II, German forces flooded previously drained Pontine marshlands to encourage malaria-bearing mosquitos to return, infecting and sickening soldiers. The Atrenian Army used bombs of live scorpions to terrify and demoralize an invading Roman Army in 198 BC. While Pliny the Elder wrote of employing war pigs to terrify and disorient advancing elephant armies. Cats were considered sacred to Egyptians. Invading Persians purportedly carried cats into battle to prevent the Egyptians from launching arrows at the advancing soldiers for fear of accidentally hurting a cat.

Animals have helped soldiers cope both during and after the war.

The physiological toll of war is well documented and of significant consequence. Camp mascots have been numerous and well documented during our more modern wars, including examples of dogs, bears, a cat named Togu, a coyote named Lestock, and even a goat named Nan. This list is by no means exhaustive. Horses and dogs have been used to help returning soldiers cope with the debilitating effects of post traumatic stress disorder (PTSD). Famously, John McCrae, the author of the tragic war poem “In Flanders Fields,” found solace after the First World War riding his horse, Bonfire, and taking his beloved spaniel, Bonneau, on hospital rounds. Today, organized support groups offer therapy to soldiers with PTSD using horses and dogs.

This Memorial Day, please take a moment to reflect upon the tremendous sacrifices human and animal soldiers have made throughout history and beyond. And, as always, know Longwood Veterinary Center is here for you and your pet family.