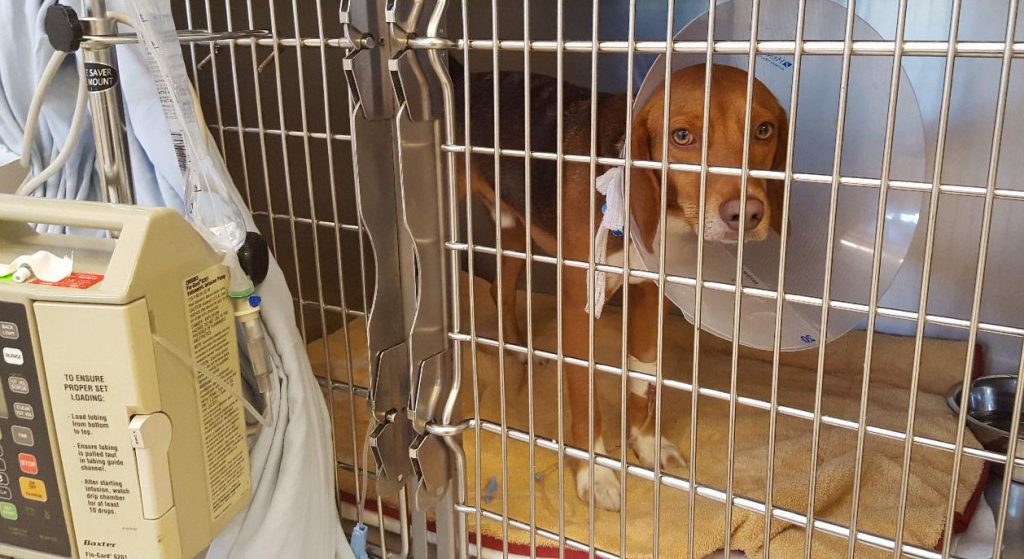 Did you know macadamia nuts are not a healthy snack for your dog? When it comes to macadamia nuts and dogs, it’s important to know that they are not safe for your pet to eat. Longwood Veterinary Center’s patient, “Henry,” was recently seen for the ingestion trifecta: chocolate covered macadamia nuts and potentially raisins! According to his owner, Henry was fine the night he ate the nuts. In the morning he was obviously not well. Henry was extremely reluctant to come downstairs and, when he finally did, he collapsed on the last step. Henry was ataxic, meaning off balance, on both hind limbs.

Thankfully his parents knew what to do. They immediately called The Pet Poison Helpline and followed their recommendation to bring “Henry” to Longwood Veterinary Center for hospitalization. “Henry” was placed on intravenous fluids, administered through a catheter in a vein in his front leg. We ran in-house bloodwork several times while he stayed with us to monitor his liver and kidney function. His neurologic signs and coordination improved the following day. IV fluid administration continued for another 2 days to flush the potential toxin out of his kidneys. “Henry” went home on the third day and made a full recovery.