Is there any scientific evidence that your dog loves you? 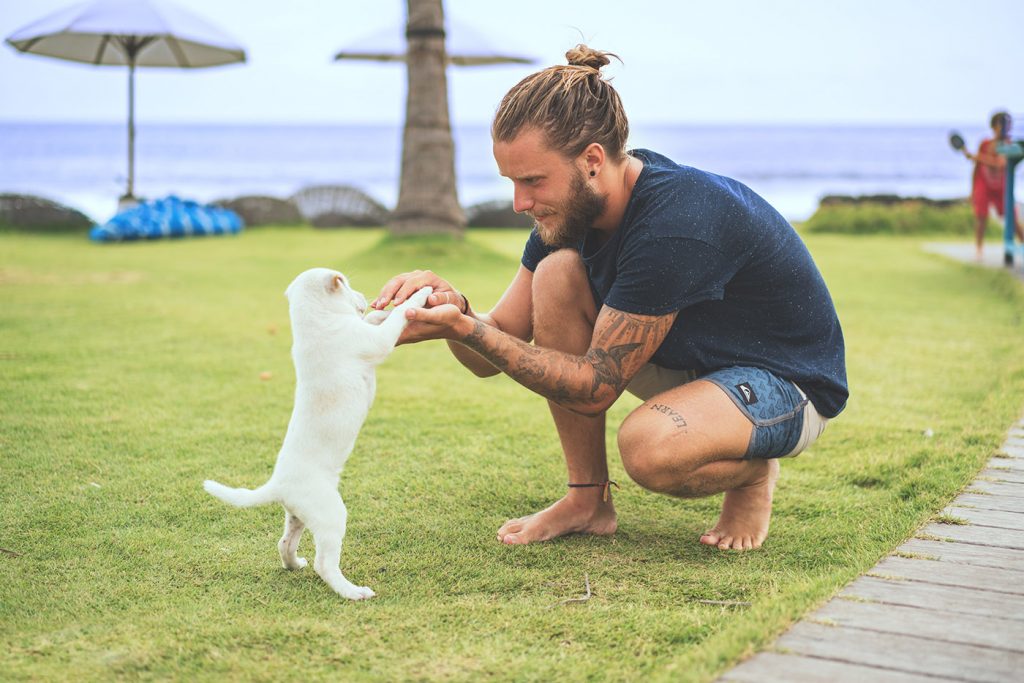 Emotional Bonding with Pets: Is it Love?

Most dog owners say that their canines love them. But is it true love, or do dogs just know the best way to manipulate us for food?

Let’s look at the scientific evidence. Humans and dogs have a long history together. Scientists mostly agree that by about 10,000 years ago humans had domesticated doggy pals, and research from 2013 indicates that the two species have been genetically adapting to one another since then. Those adaptations have helped dogs and humans get along. But do dogs love us?

Well, there’s a surprising amount of evidence showing they might.

The first piece of scientific evidence is the ‘oxytocin-gaze positive loop.’ Ah yes, the ol’ “oxytocin-gaze positive loop.” Oxytocin is a hormone that works as a neurotransmitter in the brain. Bursts of this “molecule d’amour” are registered when people hug loved ones or gaze into their eyes, and it appears to help facilitate bonding in humans. But doggos may have hijacked this important chemical bonding pathway. A 2015 study in Japan found dogs and humans were engaging in cross-species gaze-mediated bonding using this same oxytocin system.

When humans and dogs stare into each other’s eyes, they each register a spike of the so-called “love drug”, oxytocin. The same researchers also found wolves rarely look people in the eye, and don’t appear to release oxytocin when they do, meaning domesticated dogs are unique in this ability. That’s a thumbs-up in favor of dog love.

Our next piece of evidence comes from neuroscientist Gregory Berns, who scans dog brains. His team showed, in a small 2014 study, that the canine brain lights up differently when a dog sniffs its owner. They trained a handful of dogs to sit still in an fMRI machine to monitor a part of their brain called the caudate nucleus, which helps coordinate our neural ‘reward system’.

But it’s not entirely clear whether the dog brain just associates its owner with food time. Another fMRI study in Hungary found human and dog brains appear to process emotionally-laden sounds in similar ways too. Although all this isn’t particularly conclusive, it does appear there may be some unique wiring in dog brains. So, let’s say this one is a draw.

Behavioral Evidence of an Emotional Connection

Right, but don’t dogs show us they love us? Dog owners regularly report that their dogs show affection, and unlike other non-primates, hounds seek out eye contact with humans. Plus, like children, dogs will often run to their owner when they’re startled — something other animals rarely do. On top of those behavioral cues, a 2016 study found dogs can recognize human emotions on our faces. The researchers positioned pictures of happy and sad human faces in front of each test dog and played a happy or angry human voice in an unfamiliar language.

The dogs looked at the face that matched the tone of the voice more often.

Even if it isn’t love, it seems there’s an emotional connection between the two species. Surely that’s enough to give this one to the pups.

But is that enough proof?
Nope, nope, nope.

While some researchers say this is enough proof that dogs love us, we wouldn’t know for sure unless dogs could report feeling love. Because they might not understand love the way we humans do. In other words, we need dogs to tell us.

But dogs can’t talk. Yet.