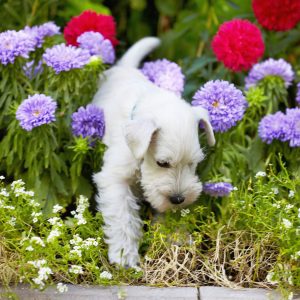 It’s time again to replace the snow shovels with gardening shovels. Before planting your spring garden, take time to research which plants are safe for a pet friendly home. There are numerous plants that are beautiful, but contain toxins that are highly poisonous to pets if ingested.

Keep your yard beautiful and your pets safe by avoiding these popular plants.

Lilies
Lilies are one of the most toxic plants to cats. Even minimal ingestion can result in severe kidney damage.

Oleander
Oleander can also cause numerous medical issues such as gastrointestinal tract irritation, abnormal heart function, hypothermia and death. All parts of the rapidly growing shrub are poisonous.

Tulips
Bright tulips are synonymous with spring, but also a danger to your pets. The bulb of the plant is toxic and can cause a loss of appetite, drooling, convulsions, central nervous system depression, gastrointestinal irritation and cardiac abnormalities.

Azaleas
Both azalea and rhododendron contain grayantoxins which are found within the nectar. Ingestion of the substance can result in drooling, vomiting, diarrhea, and depression of the central nervous system. When large amounts of the blooms are ingested, the poisoning can lead to a coma or death.

Sago Palm
While every part of the sago palm is toxic, the seeds are highly poisonous. Side effects of ingestion include diarrhea, vomiting, depression, seizures and liver failure.

Marijuana
Marijuana is highly dangerous for pets. They can suffer from vomiting, drooling, diarrhea, increased heart rate, incoordination, seizures and coma. In order to keep your pet safe, make sure to shield them from any marijuana plants that may be in your garden or home.

Castor Bean
The ricin found in castor beans is extremely poisonous to pets and can cause excessive thirst, loss of appetite, weakness, drooling, vomiting, and abdominal pain. Ingesting a significant amount of the plant can cause more severe side effects including death.

Chrysanthemum
This pretty plant can cause a host of issues when eaten. Consumption can result in drooling, diarrhea, depression, vomiting and loss of coordination.